What it means: The win assures that Houston can do no worse than .500 on the season. Next up is a Black Friday showdown against the SMU Mustangs in Dallas.
Posted by Thomas at 10:55:00 PM No comments:

As for me, I've seen enough: Tony Levine isn't going to get the job done here, and needs to be relieved of his duties as head coach.
Posted by Thomas at 10:57:00 PM No comments: 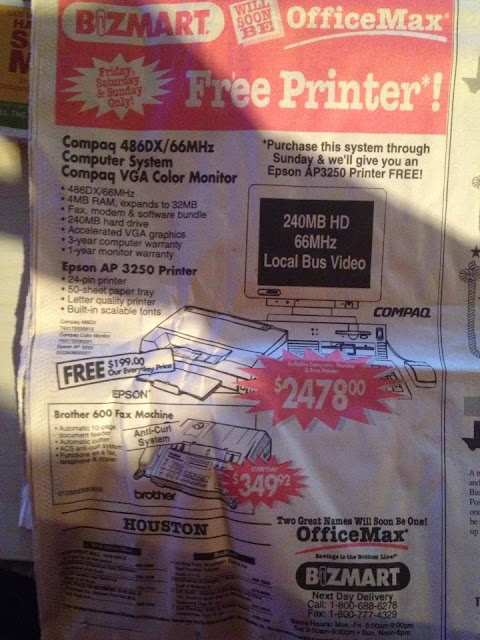 But it doesn't come with a free Epson dot matrix printer.
Posted by Thomas at 10:16:00 PM No comments: