I happened to be downtown Monday and noticed a unique train parked at the Amtrak Station on Washington: 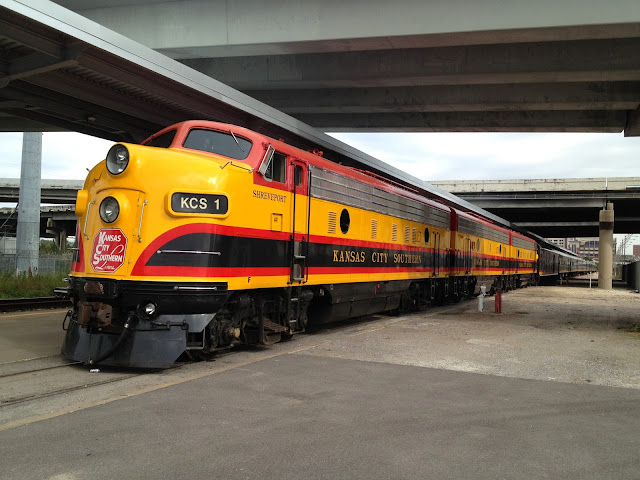 This is the Kansas City Southern's special excursion train, the Southern Belle. It is powered by three EMD F9 locomotives, which were manufactured in the 1950s. The locomotives pull a series of vintage passenger cars. 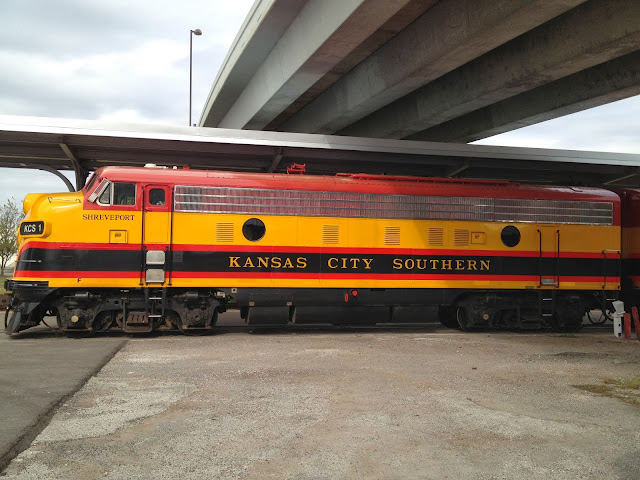 I'm not really sure what the Southern Belle was doing in town; the train was unmanned and not under power when I took these pictures, and there was no signage or literature to indicate if the train was here for a special event.

Very cool. I love the 1950's trains. An era of awesome design and sleek curves. The cars of that era were also very cool! Thanks for sharing. Great pictures.