Two Sundays ago, Kirby and I went downtown to view the 2011 Houston Art Car Parade. I took dozens of pictures, and am posting some of the more memorable ones here. I'm providing numbers and names for the entrants as I've found them; 2011 Art Car Parade winners are listed on The Orange Show's website here. 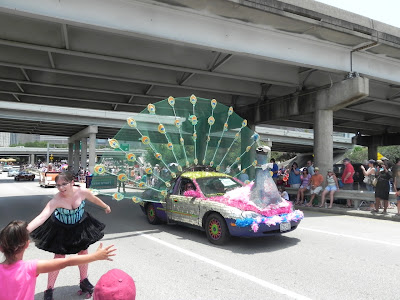 #3 Percy Peacock, accompanied by what I can only assume is a roller-skating ballerina. 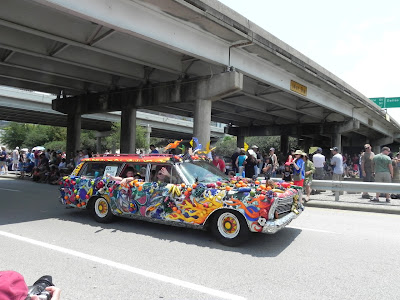 #21 is the iconic Fruitmobile, one of the oldest and most well-known art cars. 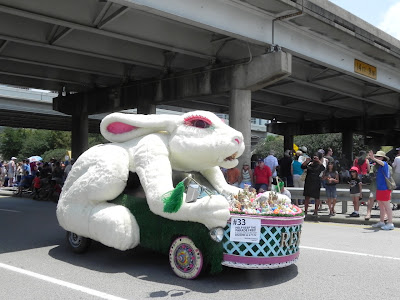 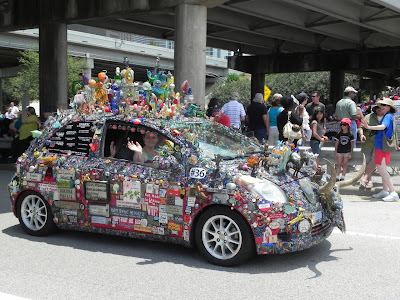 #36 Little Bit of Nonsense, which tied for winner in the "Participant's Choice" category. 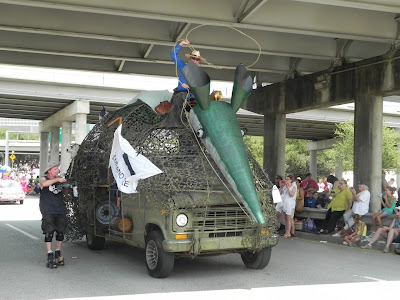 #42 is a steel armadillo of some sort. 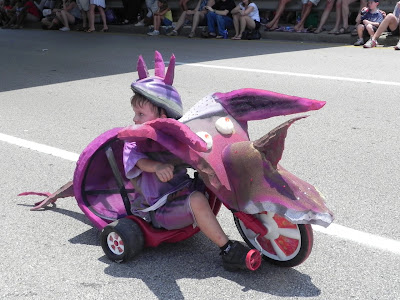 Here is one of the parade's younger participants. 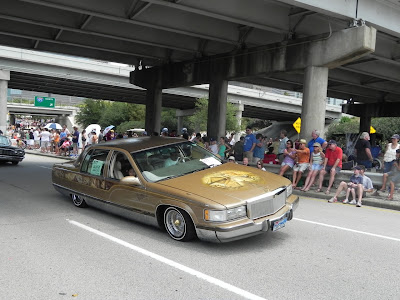 #77 Azteca Gold, which won first place in the Lowrider category. There were only a handful of lowriders in this year's parade; I seem to remember there being many more in past parades. 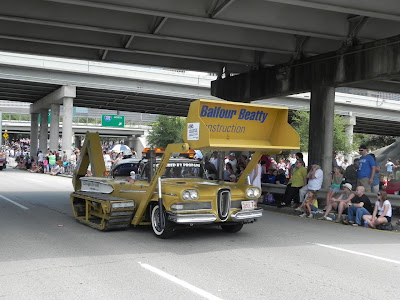 An Edsel turned into a bulldozer. Seriously: how cool is that?! 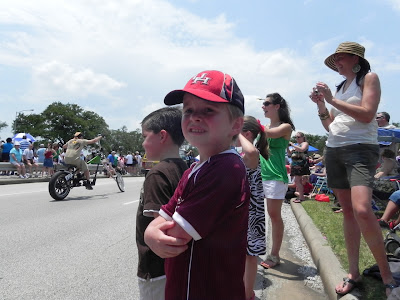 Kirby watches the cars pass by. He enjoyed the parade but decided that most of the entrants were "silly." Who knew a six-year-old could be such a brutal art car critic? 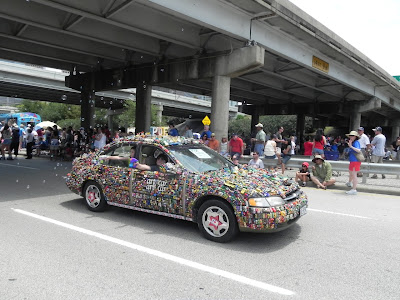 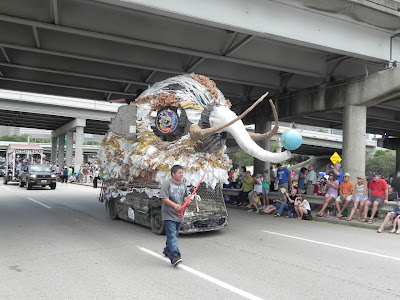 #127 Losing the Mammoth was created by students at Sharpstown High School. It won the Mayor's Cup, which is the parade's top prize. Pretty impressive! 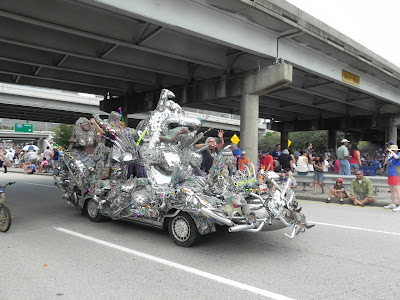 #128 Atomic Dog. This is Waltrip High School's famous tribute to George Clinton and Parliament Funkadelic (and yes, George Clinton has ridden on this car). A few years ago, this car was stuck in Germany after being shipped over there for an exhibition. But now it's back home, and back in the parade where it belongs. 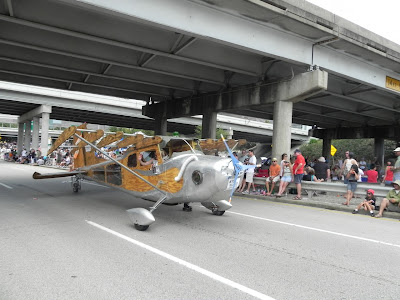 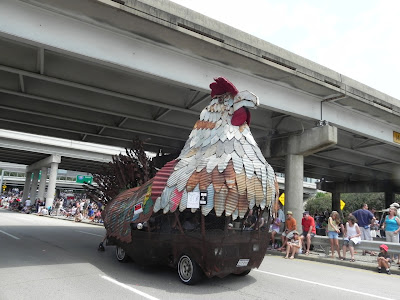 I didn't get the name or number for this gigantic metal chicken, but this was Kirby's favorite entries. 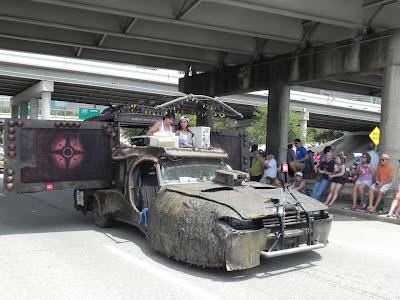 This is #184, which is apparently some sort of sinister deejaymobile. 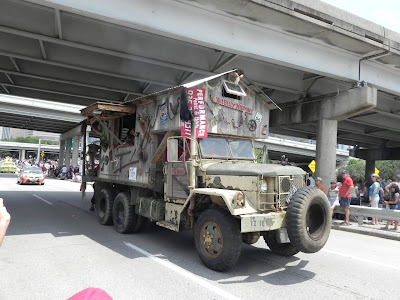 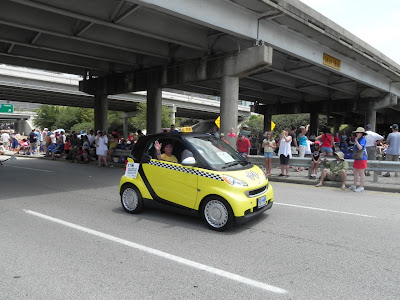 Here's #196. For some reason, I don't think Smart Cars are ever going to make good taxis. 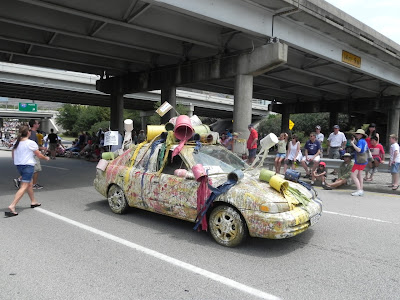 #227 Jackson Pollockar, a tribute to the abstract expressionist artist of the same name.

The Houston Art Car Parade is billed as the oldest and largest art car parade in the world. I don't know if that's true, but I do know that it's a lot of fun!
Posted by Thomas at 9:30:00 PM