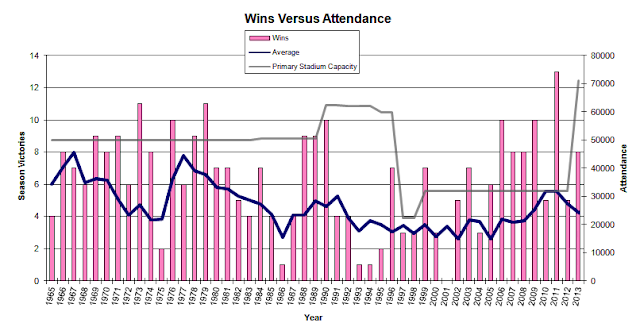 I expect attendance to increase in 2014. The Cougars will be playing in their brand-new on-campus stadium, which will attract fans if for no other reason than novelty, and this years 8-4 record might being some folks back that were frustrated with 2012's disappointment.
Posted by Thomas at 11:28:00 PM